Feel free to past by this blog 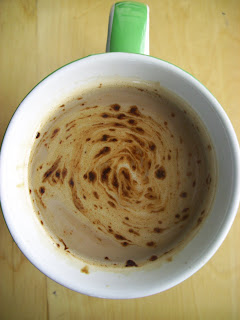 Friday: Work was awful. I shed a few tears through out the evening, analyzing, over analyzing, under analyzing, and finally decided juggling balls to it, I will deal with it on Monday.

That evening I decided to enjoy my weekend and planned things to do that I actually want to do. Juggling balls I say! I had a cheeky gin (or more) and had a lovely remainder of the night with me big fella when he came in from work, fresh as a daisy and not a tear drop in sight.

(Thank god, with the gin, things can go horribly wrong after having more than three, with me in the morning sheepishly laughing off the fact that my crying episode after watching the film Finding Nemo, caused me to call the big fella a "creature (or critter as I drunkenly rambled) hater, pointing manically at the sea world attraction/fish tank, in the corner of the room screaming "they can see the sea from the window for Christ sake!!!!!!!!"* ahem*)

Saturday: Got up at ten (ish) and bid the big fella good bye before, all too late I might add, trying to warn him not to bang his head on the door frame on the way out to work. I chuckle every time. (I do love him, honestly. But you gotta laugh).
I lazied about drinking coffee, reading emails, blogs and deleting junk mail. (I have blocked and unsubscribed trillions of times, doing.my.head.in.) I was listening to Tori Amos so I was calm enough.
The big fella got off work early (shit!) so my daytime laziness stopped dead. I don't know what it is, I can't be lazy with him. He rarely gets a day off at the weekend so I want to do things with him, such as calling a estate agents to view the fancy houses up in Hale village and let on that we are a Lawyer and a doctor couple looking for "a bit of extra space."
I am always the lawyer, because people ask always ask Dr big fella how to cure a cold, while I shout "Eat loads of curries love! Lots of spices!" while dragging Dr big fella to the billiard room, stating " I like the concept of the contemporary colour scheme given in this space" giving him the lawyer Claire Stare.
. 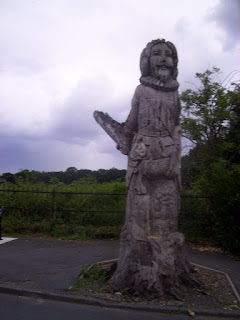 In the end we went to visit his mum, say hello to dog and went to Hale village to view the outside of the fancy houses like any other respectable couple would do and got a bite to eat in the gorgeous old pub steeped in history.We said hello to the child of hale. His name is John Middleton.
We went to see the famous graveyard which held John Middleton, who was the tallest man in the world, (or as the village state, er, in the village) and he was nine foot three inches! That's nearly as tall as the big fella!If you are intrigued, click here.

There were graves dating from the 1600s, including a gravestone with a skull and crossbones on them! I was fine the first five minutes walking along when I realised I was walking on the graves. I started freaking out mumbling "sorry, so sorry!" to the grave stones while scrambling desperately for a path. I had also just watched Micheal Jackson Thriller video about a million times, I couldn't help it, it was all over the net.

I kept on getting visions of hands reaching out of the ground grabbing my leg. The big fella was trying to direct me in the right way, but was too busy laughing. I flung myself on the path screaming," let go of my ankle!"and jumped up mumbling "I feel rain, we better go love.".( I could have sworn I heard the same cackling laugh, like at the end of the song as I hobbled away, but realised it was the big fella lying on the ground pissing himself laughing). 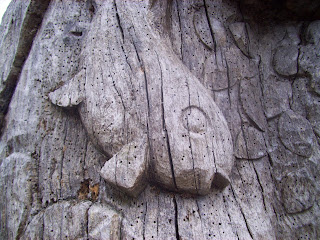 These are the carvings from the wooden statue. 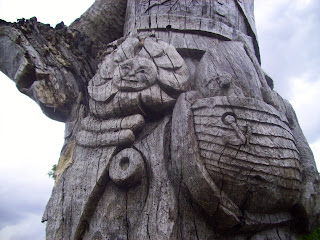 This is John Middleton's grave! 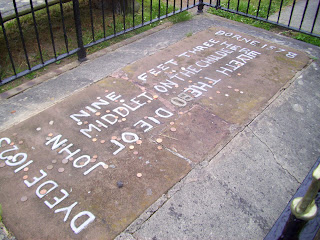 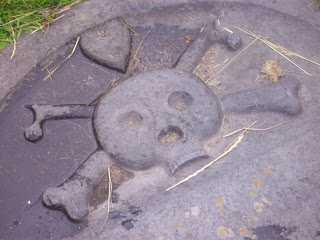 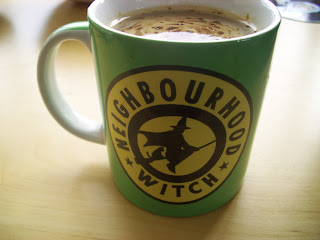 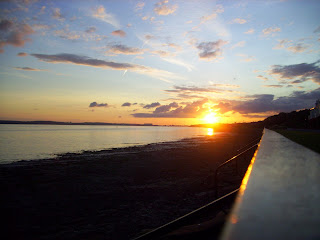 It did rain eventually,(so I was right) and back home the big fella started lazing about again so I did some tidying up and some washing.The big fella then went out for the evening leaving with me this parting shot: "watch no one is under the bed to grab your ankles" Thanks for that one, I spent half an hour trying to figure out a way to turn the light off and vault myself into bed using a floor brush and not bang my knees of the frame.

Look, nasty security guard on the left, at the bottom of the corridor, freaking me out! 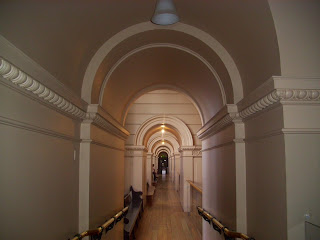 This security guard (a nasty git who refused to return a smile no less) followed me around, making my hands all sweaty and all shaky and made me forget how to use the bloody camera properly. I even asked if it was OK to take pictures before I got in. (Also, I was still getting over nearly vaulting myself out the bedroom window last night. I did miscalculate at couple of times, yes.) 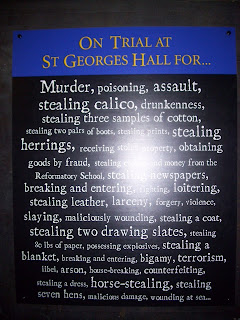 Oh, I think I might have stole a blanket once from a hotel, GULP! As for drunkenness, I will refer to my uni days or Friday night.

See, these next pictures are crap because I could feel the security guards breath on my neck. I must look like a right wee thievin git! What I am going to steal? One of the light bulbs? 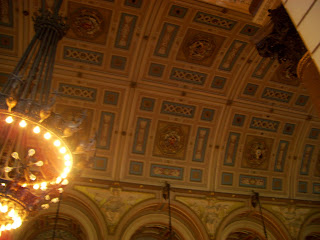 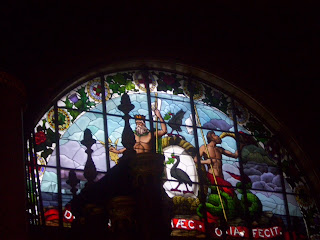 Finally home, I succumbed and lazied about with the big fella and that night watched the moon bloom through the window, thanking her for my lovely weekend! The next one can't come quick enough. By the way, to all in the USA, (and whoever else celebrates it) a very belated Happy 4th of July! Hope you are all well! 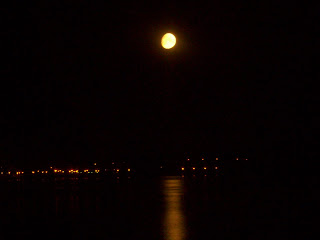 PS: I started writing this post yesterday. It's not the written drivel that takes time, it pours out of me, it would seem that, although blogger with now permit me to up load my souper dooper photos, you have to take the softly, softly approach. That, and not moving the laptop an inch for at least two hours while uploading, for fear of lost connection. I am so proud of this crap!
from me to you: clairedulalune at Sunday, July 05, 2009

Girl you just crack me up!!! Nemo..giggle snort -I can just see you!! I loved your wonderful post - I do love the way you write..you are funny girl!! Thank you for sharing your weekend!! Hugs, Sarah

OMG Claire! You are the funniest blogger I know! Are you sure you only drink gin on uni and Fridays?

I LOVE how you "forget" to tell the big fella to watch his head when he leaves! And the security gaurd! And the Dr Lawyer routine! and of course poor Nemo, being able to see the ocean and all!

Great, great, great post! You made my day!
xoxoxo

You are one damn funny blogger. I love it...now I also freak out in graveyards and that letting him hit his head on the way out...things like that you just can't help laughing can you? Take care, cinner

Well, the first day got me laughing and by the second day, I was rolling! I can't tell you how many times I wished I had something to turn off the lights because I was afraid something would jump out from under the bed! So glad you didn't miss that many times or I wouldn't have been able to see the photos from Sunday! That stained glass is beautiful!

You, my dear, have given me a great belly laugh today...Thank you!!!

I love old cemeteries...so peaceful, yet so spooky! :)