Hello everybody! I was about to send out letter via pigeon to you all with the computer being sick, But there has been some good news. Big fellas wee mate is a bit of a whizz at all thing technical, and popped round the other day for a chat and a cuppa and we told him of the sickly laptop. His eyes lit up and he instructed me to show him were the sickly computer lay. It was like watching Gandolf the Grey preforming a magical spell. He switched it on and pressed all these buttons and the computer made some technical sounds like crying and he actually hushed it saying "your alright girl, your alright" in soothing tones. Once finishing by switching the laptop off and patting her farewell, he turned to us and give us a grave look. Big fella and i huddled round him and asked what was wrong. "The fan is broken." Because of this he said, the laptop was overheating and that's why it would switch off all the time. Or as big fellas wee mate said "She was passing out, poor love."
He fixed it, but it is only temporary. (I think he stuck a toothpick in it or something) It is also making the most ungodly noise, (I think it is the toothpick) so I feel I am typing this, while perched in a flying World War Two plane. In battle. That's wHAT IT SOUNDS LIKE!! Sorry, I keep yelling over the noise.

Well, because the computer was on the brink, I once again found time for other activities, which was super, so it wasn't all bad. I did miss you though. But only you, don't tell anyone else.

I got stuck into the last of my gardening. Well, when I say gardening, I mean lots of pots on a windowsill.And I have to do it on the kitchen floor tastefully covered with a bin liner. 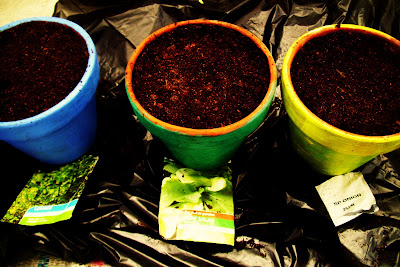 Pure class. It was either water or garden when we moved and the water won.


I have no more seeds left expect pumpkin seeds and I just can not get a pot big enough. I do not think it would be fair on the seeds actual potential, you know? Like if I tried to grow one in a pot and it was only small I would always blame the pots. In the case of what have I planted so far, I am not quite sure, I am a terrible one for planting some seeds and not labelling things. But some lovely flowers they have been producing! 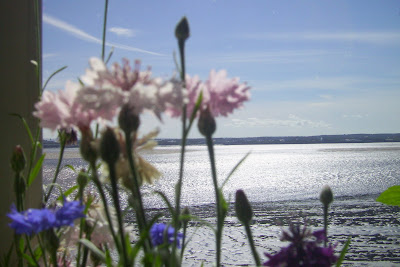 I like to garden by the rule of the moon, and it seems like the right time. 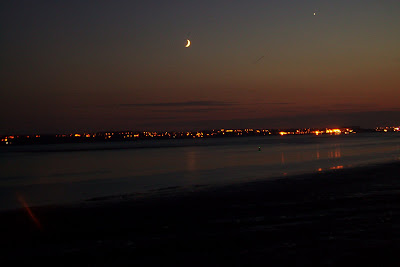 I have also been getting back to my camera. I started taking wee photos with my glass ball 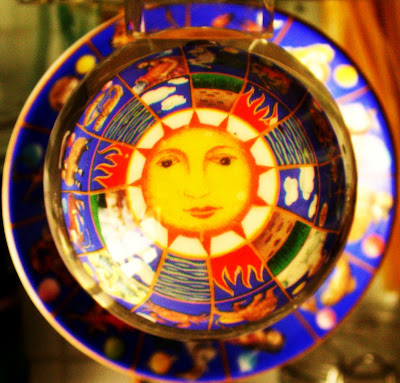 and experimenting with some themes 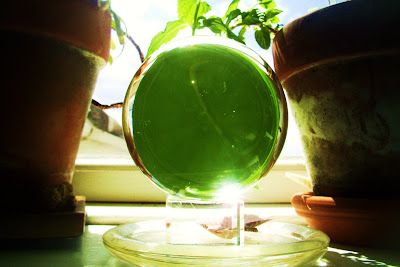 When I thought these next ones could be used to my advantage. If I got them blown up and lamented, I could use these for flash cards to communicate with Big fella while the World cup is on as he is referring to grunts, eyes beadily staring at the football on the telly. Sad. This one below would indicate that I predict that it is his turn to make a cup of tea. 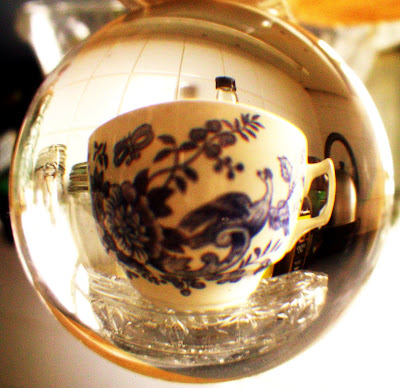 But of course the option for him is to answer me with this, indicating that "I predict that you know where the kitchen is" flash card. 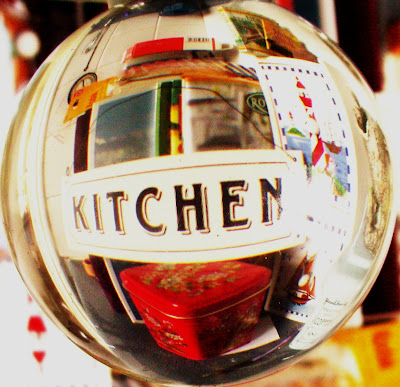 I might not laminate that one.
I having also been reading some books! 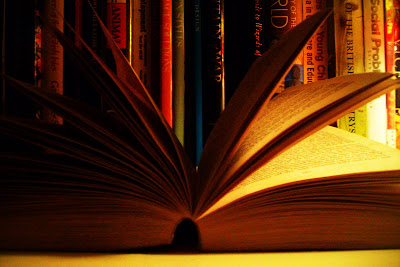 while looking through the window of the house in the clouds. 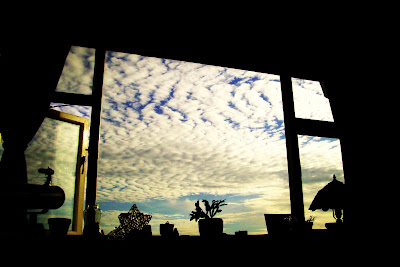 I have also noticed that my blog seems to be all muddled up, my "third column" as I so proudly set up one time has been messed up by my fair hand no doubt so I will have to try and sort that out. Might actually give Big fellas wee mate a ring. Now, I got to go play catch up with you, thank you for your patience, speak to you soon! All the best!

I have 2 helpful suggestions for you! To get Big Fella's attention off the World Cup, just get one of those lovely vuvuzelas and blow it in his ear! That should do it. Also, about those pumpkin seeds -- why don't you do some "guerrilla gardening" with them? Find a nice, somewhat secluded public flowerbed or other spot, plant the seeds and voila! Pumpkins for everybody!

LOVED all your photos Claire, and the photo that looks over the lake, wow, as for the flashcards, good idea. sorry to hear about your computer, hopefully it holds out for you. take care, hope your weekend is great. hugs

I've been wanting to get a laptop what with two of us always fighting over the computer. Haven't quite made up my mind. What a lovely photo of the moon. I'm glad you are working with your camera again.
Mary

Debra, you are so right on both suggestions, I so want to do some guerilla garden! never thought of that! Thankyou and as for the vuvuzelas? GENIUS! Haha! your making me laugh lady!

Cinner, so lovely to hear from you, thankyou about my photos, sometimes I get lucky and catch something, but boy, do I have to delete a lot! Hope you are well Cinner!

Hello Mary! Big fella and I are waging a war with the laptop at the moment, world cup fever, i call it. I think thats why the computer broke, world cup overload! Thanks for popping over guys!

The same thing happened to my laptop, my Anakin had to get me a fan too. I thought I had to get another, so happy to find out it just overheated. I'm digging the pictures, too.

Happy Summer, Dear One. I'm glad the old girl allowed you to let us know what's going on in your world. I hope we can catch up soon...I've also been yanked away from my blog more than I think is fair.

Life...it's what happens while you're busy making other plans. Oh, that John Lennon; what a magical guy he was.